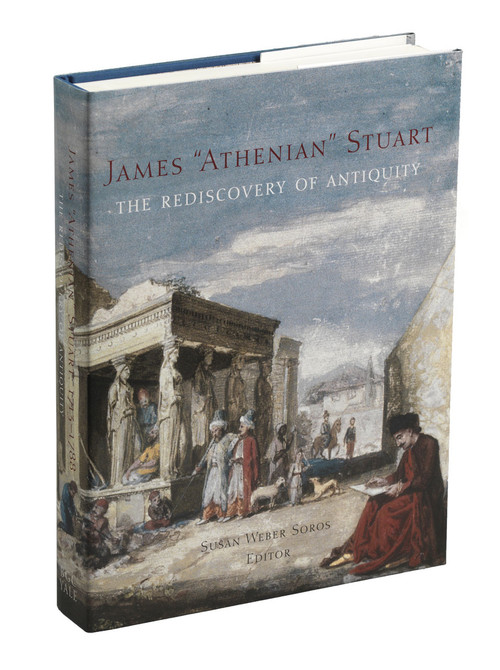 Short-listed for the 2007 William M. B. Berger Prize for British Art History sponsored by the Berger Collection Educational Trust and The British Art Journal.

The creation of the “Greek style” and its pervasive impact in England and on the Continent during the third quarter of the eighteenth century was largely due to James Stuart’s landmark multi-volume publication Antiquities of Athens, coauthored with Nicholas Revett. Stuart, subsequently known as “Athenian” Stuart, went on to a highly influential career that spanned the fields of architecture, interior decoration, furnishings, sculpture, and metalwork. This lavishly illustrated book is the first to examine Stuart’s multi-dimensional career and the full scope of his contributions as designer, artist, and tastemaker.

An international team of scholars consider each area of Stuart’s work, his early training, interest in archaeology, unique network of patrons, poor record for completing projects, and legacy. With illustrations and discussion of the stunning neo-classical furnishings he created at Spencer House, the Greek Doric Temple at Hagley, and numerous other remarkable projects, the book brings Stuart’s achievements to light more clearly than ever before.

Susan Weber Soros is founder and director of the Bard Graduate Center for Studies in the Decorative Arts, Design, and Culture. She is coauthor of Thomas Jeckyll: Architect and Designer, 1827-1881 and coeditor of Castellani and Italian Archaeological Jewelry, both published by Yale University Press.

Chapter 1: Stuart and Revett: The Myth of Greece and Its Afterlife
David Watkin

Chapter 3: Stuart as Antiquary and Archaeologist in Italy and Greece
Frank Salmon

Chapter 8: James Stuart, the Admiralty, and the Royak Hospital for Seamen at Greenwich, 1758-88
Kerry Bristol

Chapter 9: Stuart and the Changing Relationship between Architects and Sculptors in Eighteenth-Century Britain
M.G. Sullivan

Chapter 12: Stuart and the Design and Making of Medals
Christopher Eimer